Five Reasons To Watch ‘The Death of “Superman Lives”: What Happened?’

Five Reasons To Watch ‘The Death of “Superman Lives”: What Happened?’

All hell is about to break loose in 'Mayans MC' 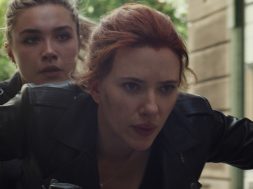 Get behind the action of 'Black Widow' 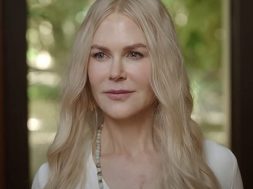 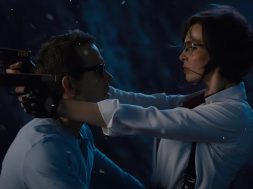 The brand new trailer for 'Free Guy' is here

In his new documentary, director Jon Schnepp (Metalocalypse) presents the untold tale of the greatest superhero movie that never materialised— Superman Lives — an event movie that would have combined the talents of director Tim Burton and Nicolas Cage as the titular hero himself.

Part of the beauty of Death of “Superman Lives” is that Schnepp opens his audience up to a fantastical world, and offers a glimpse of what could have been thanks to some amazing concept art, and an inside look into the construction of the three suits that Cage would have worn as Superman. It’s amazing to see the creativity and ingenuity that the artisans who were working on Superman Lives brought to the production.

Schnepp allows his audience a look at the possible cast that would have joined Cage for Superman Lives, with the likes of Sandra Bullock, Courtney Cox and Julianne Moore being tested for the role of Lois Lane, Christopher Walken as the villainous alien supercomputer Brianiac, Kevin Spacey as the steely eyed Lex Luthor (before Bryan Singer cast him in his own vision of the Superman mythos), and Chris Rock as Jimmy Olsen.

In a one-on-one interview with director Tim Burton, Schnepp gets the eclectic director to open up about this massive and very personal project. You quickly get the impression of a man who wanted to go against Hollywood expectations, not to mention the pressure that the world had put on him. Watching Burton, you also feel that this project was just as personal to him as Edward Scissorhands, with an exploration of the themes of loneliness, isolation, and alienation — although on a far grander scale.

2. The Stories Behind The Movie

While Superman Lives was a project with many stories (some which its first screenwriter Kevin Smith has recounted before), this surprising doco brings all the major players behind this massive film together for the first time. We get to hear about a developing script from all three writers (Smith, Wesley Strick, and Dan Gilroy), enjoy an inside scoop from producer Jon Peters, and see key production staff and artisans such as Rick Heinricks, Colleen Atwood, and Steve Johnson discuss the project that never saw the light of day.

For a fleeting moment we get a look at what Nicolas Cage, a versatile and very eclectic performer, might have been like as Superman. With never before seen ‘holy grail’ footage of Cage during costume tests for the part, we get to see a completely original and different side to the Man of Steel, which harkens back to Burton’s pursuit of a tale of alienation and purpose. It’s the sense of wonder that powers these images of Cage in his Superman outfit, and while Henry Cavill has reinvented Superman for a modern age, it’s interesting to think of what could have been.

The Death of “Superman Lives”: What Happened? is a must watch for any passionate fan of movies. You really feel Schnepp’s passion and interest as both a filmmaker and a fan shine through as he reveals exactly how cinema is powered by the imaginations of those who dare to dream big.

0
0   0
previous Learn Why You Should Never Drop The Con In Focus
next Five Reasons To Watch 'Mission Impossible: Rogue Nation' 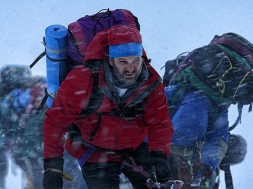 Three Reasons To Watch ‘The Walk’