Chaos rages in 'Venom: Let There Be Carnage'

‘Spiral: From the Book of Saw’ – Giveaway 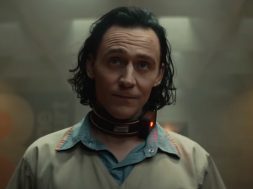 Tom Hiddleston is burdened with glorious purpose in 'Loki'

The final trailer for 'A Quiet Place: Part 2' is here

Sausage Party is one animated film you better keep the kids away from, which is good news for cartoon-loving adults. Directors Conrad Vernon and Greg Tiernan hold nothing back in this absolutely outlandish comedy that’ll make you re-examine your entire relationship with food.

Vernon and Tiernan, along with Rogen and fellow writers Evan Goldberg, Kyle Hunter and Ariel Shaffir, surprisingly injected a dose of real world issues into the comedy to tackle subjects from racism to sexism, and the result is pretty damn clever. But, not ones to refrain from offending, the negative stereotypes come hard and fast (look out for the Nazi-esque sauerkraut and the drunk tequila bottle). The script provides plenty of quick wit which is delivered by a fabulous cast that includes Kristen Wiig, Jonah Hill, Bill Hader, Michael Cera, Danny McBribe, Selma Hayek, Edward Norton, David Krumholtz, James Franco, Paul Rudd and Nick Kroll.

Not for the faint of heart, Sausage Party is one very raunchy cinematic experience. But if you’re in the mood for something wildly original and completely off the wall, then you won’t be disappointed. But be warned: Seth Rogen really steps over the edge here with some pure gross-out comedic moments, which will have you in fits of non-stop laughter. 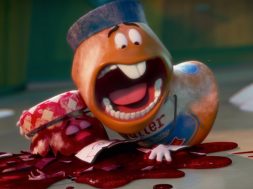