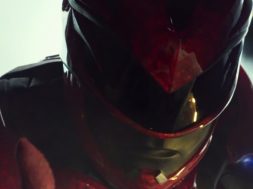 Quentin Tarantino offers up love letter to 'Once Upon A Time... In Hollywood'

When the earth faces catastrophe and danger, it will take a group of misfits to save it in Power Rangers, which has just released a sick new trailer.

When trouble making high school students Jason, Kimberly, Billy, Trini and Zack stumble upon a mysterious alien object, they find themselves overcome with strange powers, and are chosen to save their town of Angel Grove, and the rest of the world, from the evil interstellar witch Rita Repulsa (Elizabeth Banks).

The new trailer is packed with epic visuals including Bryan Cranston as the Rangers’ guardian and trainer Zordon, along with the appearance of the colossal mechanized war machines known as Zords. Not only are our five young heroes showing off some slick martial arts moves, but Elizabeth Banks puts in a seriously twisted and punk rock appearance as space witch Rita Repulsa.

Both new and returning fans will seriously love this film, and Power Rangers is set to be released in cinemas on March 23 in New Zealand and Australia and on March 24 in the US and UK.

0
0   0
previous Check out the incredible new trailer for 'Logan'
next New teaser for 'King Arthur: Legend of the Sword' promises epic action

Get your first look at the new teaser for ‘Power Rangers’ 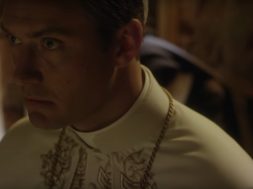 Colin Farrell opens up about ‘The Batman’