James Gunn has confirmed no delay for 'Guardians of the Galaxy Vol.3'

Seth Rogen brings out the quirks in 'An American Pickle'

Witness the origin of evil in 'Ratched'

'The Boys' take it up a notch in new trailer

Fans have been eagerly awaiting the return of Frank Castle, and in Marvel’s The Punisher, they get a series that honours The Punisher, but more importantly the man who wears his skull.

Set following the events of Daredevil, Frank Castle (Jon Bernthal), the man known as The Punisher completes his cycle of vengeance and lays down his arms. But this anti-hero can’t stand still for long, and soon he is pulled into a conspiracy that will lead him to exact his vengeance upon those who were directly responsible for the death of his wife and children.

If you’re expecting generic action shootouts, and tonnes of explosions, well you’ve come to the wrong place. Instead, The Punisher is a twisting, tightly round conspiracy thriller that places it’s attention squarely on the character and psyche of its protagonist Frank Castle in ways that will test the metal and extraordinary willpower of this already broken and damaged man. Bernthal stole the show with his appearance in Season Two of Daredevil, and he totally commands the attention of his audience this season.

While we all know how he handles things as the vengeance-crazed vigilante, The Punisher takes the time to dissect this multi-layered character. We learn about his past as an honour bound and fearless Marine, his devotion as a husband and father, and how he had a gift for music and love for Springsteen. We learn about his life as a veteran and his living situation on the fringes of society. And we learn that this is a man who will not compromise, and who when then situation calls for it will step up to the plate and do what is necessary. As Frank Castle, all of Bernthal’s remarkable talent as a performer is called into play. This is an actor who while being the quintessential Hollywood tough guy can also play vulnerable emotions and can really dig deep when the scene calls for it. While your adrenaline does get maxed out when Frank goes to work as The Punisher, it’s who he is as Frank that makes things really interesting.

While Frank might be the firepower, its Ebon Moss-Bachrach as David Linderman/Micro that brings the tech to this new franchise. This talented computer programmer finds himself caught up in the same shady conspiracy that ensnared Frank and the two become uneasy allies as the series progresses. Moss-Bachrach’s Micro is a great foil for Frank and is the real everyman of the series who just wants to get home to his family. He represents what Frank could have been and could still have, and this makes for a really interesting point-of-view on the series.

Taking on both Frank and the conspiracy is Amber Rose Revah as Dinah Madani, a dedicated Homeland Security agent who desires to unravel the truth and see justice done. Revah brings a great sense of justice to her role, and a willingness to do the right thing. She is far and away the most morally righteous character and her actions create an interesting dynamic when paired with Frank’s. The two essentially want the same thing, justice served, but each goes about it in their own thoroughly unique way and this leads to plenty of interesting moments up on screen.

Finally, Ben Barnes makes a real impression as the calculating and sly Billy Russo. The former best friend/teammate of Frank Castle while still a marine, Russo is now CEO of Anvil, a private military company and a man who has made some seriously seedy choices. They say the hero is only as good as his villain, and Barnes makes for a compelling and completely interesting bad guy. Vain, arrogant and willing to do anything to get what he desires, Russo is a great mirror-image of what Frank could have been if he had crossed the line and was not bound by loyalty or his family. Barnes’ Russo is by far one of the cooler villains I’ve seen come through in Marvel’s Netflix adaptations and for those who know a thing or two about Billy Russo…well season two will get very interesting.

By far and away one of the main reasons I loved The Punisher adaptation so much was the emphasis that was placed on realism. Frank Castle has no cape, no superpowers, just a talent for using any type of modern firearm or edged weapon to get the mission done. And does Frank know how to do that. A lot of lead gets spent and there’s plenty of blood. This is realism at it’s most brutal and is completely in keeping with the world of The Punisher, and when Frank does don his skull face, well, watch out, because there’s no stopping this big, bad Punisher!

But with the action comes some pretty hard written themes related to America’s veteran community, the concept of a modern day vigilante, the necessity of justice and the place that honour and commitment have in this modern-day world. It’s important that you pay close attention, because the creators behind The Punisher are playing with plenty of big themes, and all of them only adds to the impact of the series.

I’m gonna say it, for me, The Punisher is the best Marvel Netflix series to date. Not only does it carry a stunning lead performance from Jon Bernthal, but the action is spot on, and the impact is placed on the right character in Frank Castle. This series provided more than I could have wanted, and let’s just say that I’m hyped for season two. 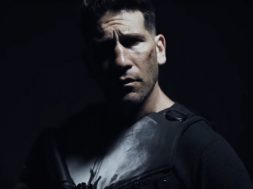 The showdown is imminent in new trailer for ‘The Punisher’

The intensity is real in first teaser for ‘The Punisher’ 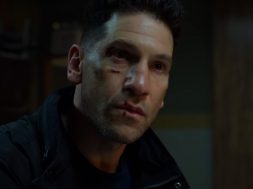 Joe Manganiello goes for it with ‘Archenemy’ – Comic Con At Home