Home Television Recaps Watchmen – Season 1 – “If You Don’t Like My Story, Write Your Own” 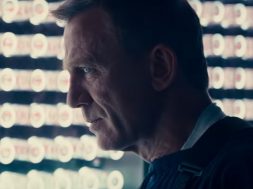 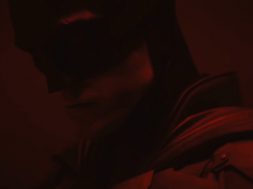 Behold Robert Pattinson as 'The Batman'

'The Green Knight' makes for a striking watch

The first trailer arrives for Wes Anderson's 'The French Dispatch'

After an explosive and shocking ending to last weeks episode, the pace moves both fast and slow this time as more characters are let onto the scene and things really got interesting from here.

Throwing a spanner into the works is the arrival of Hong Chau as Lady Trieu, a super industrialist who has far too many secrets for her own good and is willing to hide something exceptionally dangerous in the process. Lady Trieu’s existence also brings Regina King as Angela Abar / Sister Night further into this growing conspiracy that is building up around her and it is cool to watch each of these actress riff off one another as they try to out-do each other in their own unique quests for answers.

Episode 4, “If You Don’t Like My Story, Write Your Own”, is very much a detective story and it’s interesting to see the further interaction that occurs between Sister Night and Laurie Strode and the contempt, disdain and latent respect that is building up between each of them.

Further to this growing narrative framed around the presence of Laurie Strode is the appearance of Adrian Veidt once more and we get to peer further into his twisted personality and traits, which includes the growing of his artificial clones and how he appears to be killing them off in a bid to test the limits of his home, which in a shocking twist, is revealed to be a prison, that the once great vigilante has found himself locked away in, and for whom now he is very eager to escape. Watching Irons performance as Veidt you can’t help but be impressed by his ingenuity and obsession which were always core parts of his original character, but which mark him out as a terrifying force all the same.

Watchmen airs on Monday’s on SoHo at 2.00pm and 9.30pm and will air later that night on Neon, with repeat screenings on Wednesdays on SoHo from 10.30pm.

‘Knives Out’ sequel moving ahead