'In The Heights' - Review

James Gunn brings out the crazy in 'The Suicide Squad' 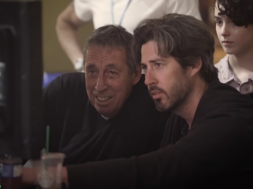 Step behind the scenes of 'Ghostbusters: Afterlife'

Titled ‘No Time To Die’, this haunting new song is packed full of jazz-infused romance and features a classic noir orchestral spin and is an incredibly fitting track for the new film and Craig’s legacy as Ian Fleming’s debonair spy.

Listen to the full track below:

Eilish delivers a soulful performance here with the new film’s title track which appears to reflect Daniel Craig’s final performance as James Bond and the incredible journey that he has been on throughout portraying this classic character.

Here’s the official synopsis for No Time To Die:

James Bond has left active service when his friend Felix Leiter enlists his help in the search for a missing scientist. When it becomes apparent that the scientist was abducted, Bond must confront a danger the likes of which the world has never seen before.

No Time To Die will arrive in cinemas on April 9. 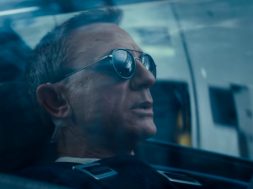 Step behind the scenes of ‘Ghostbusters: Afterlife’