Tom Hanks goes west in ‘News of the World’

Tom Hanks goes west in ‘News of the World’ 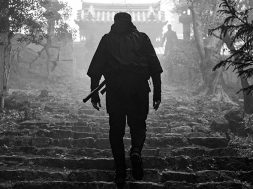 Cinema icons don’t get bigger than Tom Hanks and now the two-time Academy Award winner is teaming up with noted director Paul Greengrass to tell a bold and original story set against the early days of America’s pioneering spirit as one man does everything in his power to do the right thing in News of the World.

Five years after the end of the Civil War, Captain Jefferson Kyle Kidd (Hanks), a veteran of three wars, now moves from town to town as a non-fiction storyteller, sharing the news of presidents and queens, glorious feuds, devastating catastrophes, and gripping adventures from the far reaches of the globe. In the plains of Texas, he crosses paths with Johanna (Helena Zengel, System Crasher), a 10-year-old taken in by the Kiowa people six years earlier and raised as one of their own. Johanna, hostile to a world she’s never experienced, is being returned to her biological aunt and uncle against her will. Kidd agrees to deliver the child where the law says she belongs. As they travel hundreds of miles into the unforgiving wilderness, the two will face tremendous challenges of both human and natural forces as they search for a place that either can call home.

As Captain Jefferson Kyle Kidd, Hanks once again brings his trademark integrity and honesty to a character who exists in a now lawless landscape, and at times this portrait of a past America feels very much an exploration of contemporary issues as Kidd interacts with its setting and characters.

Capturing the vast emptiness of the American West, News of the World is an exploration of connection and storytelling and it’s a perfect subject matter match for Hanks who is regarded as one of America’s greatest ever performers and storytellers.

“I love listening to a great story as much as I like telling one, and that’s why I was so excited about playing Kidd. He is a storyteller. He is driven, emotional. He is noble. He is moved by a pursuit of the truth,” said Hanks.

Take a look further into the narrative and journey of News of the World in the behind-the-scenes clip below:

News of the World looks like an amazing film packed with high drama and incredible character and detail and will be a fabulous event to watch on the big screen when it arrives in cinemas next year on January 14, 2021.

Tom Hanks portrays the man behind the hero in ‘Sully’

Step into the world of ‘The Croods: A New Age’

Step behind the music in ‘Six60: Till The Lights Go Out’