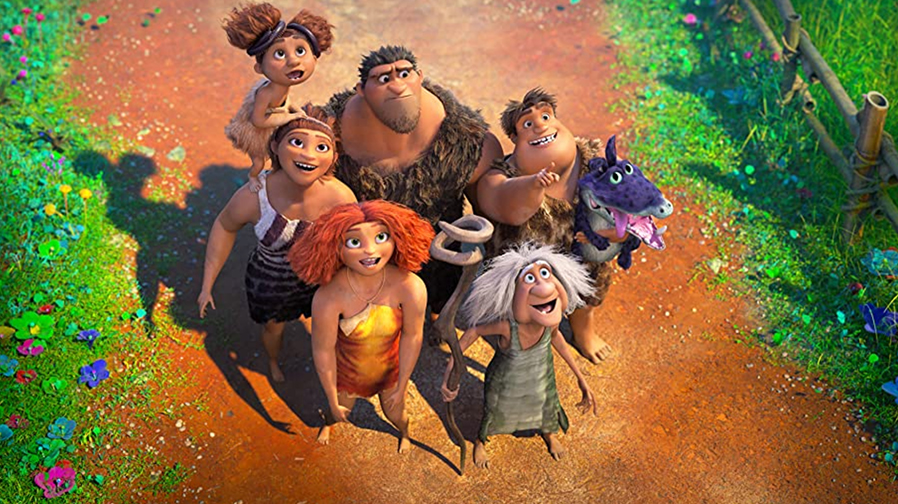 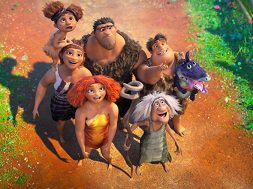 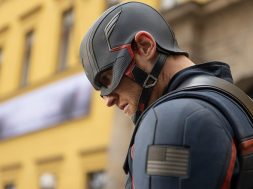 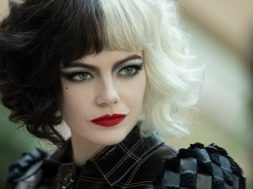 Fashion gets frightening in new trailer for 'Cruella' 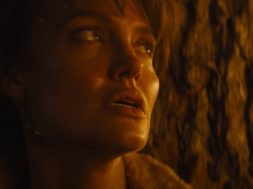 The heat gets turned up for 'Those Who Wish Me Dead' 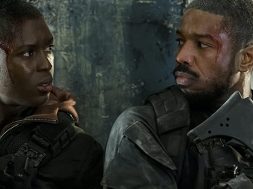 These holidays there’s no better time to visit the cinema for some big-screen family fun, and for those seeking entertainment for all ages, The Croods: A New Age, delivers plenty of enjoyment for the whole family!

The Croods have survived their fair share of dangers and disasters, from fanged prehistoric beasts to watching their daughter get heart eyes over a new boyfriend. But now they face something that will shake their pack to its core and make them reconsider everything they hold true: another family. The Croods need a new place to live. So, the first prehistoric family sets off into the world in search of a safer place to call home. When they discover an idyllic walled-in paradise that meets all their needs, they think their problems are solved … except for one thing. Another family already lives there: the Bettermans. The Bettermans (emphasis on the “better”) — with their elaborate tree house, amazing inventions and irrigated acres of fresh produce — are a couple of steps above the Croods on the evolutionary ladder. When they take the Croods in as the world’s first houseguests, it isn’t long before tensions reach a breaking point. Just when all seems lost, a new threat will propel both families on an epic adventure outside the safety of the wall, one that will force them to embrace their differences, draw strength from each other and forge a future together.

Picking up after the events of the first film, everyone’s favourite stone-age family, The Croods, who include Grug (Nicolas Cage), Ugga (Catherine Keener),  Eep (Emma Stone), Guy (Ryan Reynolds) Thunk (Clark Duke), Sandy (Kailey Crawford) and Gran (Cloris Leachmen), find themselves coming face to face with an all-new modern world and it soon becomes harder and harder for the pack to stay together. Director Joel Crawford makes this a fun one for the whole family with jokes and laughs that will appeal to both little viewers, along with their parents who are also along for the ride. In addition to the humour which pokes fun at the Croods interaction with the ‘modern world’, the film’s animation is packed full of glorious sights and plenty of colour and it creates a visual spectacle that sucks you into this story of family, and why it’s essential to stick together no matter what.

Casting wise, The Croods: A New Age has a spot on cast with the likes of Nicolas Cage, Emma Stone, Catherine Keener and Ryan Reynolds, and this time they come up against a brand new pre-historic family, who are a touch more modern, with The Betterman’s who consist of Phil (Peter Dinklage), Hope (Leslie Mann) and their teenage daughter Dawn (Kelly Marie Tran). And this conflict of lifestyle and outlook is where the fun begins. As a viewer, it’s great to see Cage and Keener go up against their total opposite characters in the form of Dinklage’s chillaxed Phil and Mann’s high-strung Hope, and their interactions lead to plenty of laughs. Dinklage and Mann are a real hoot to watch in The Croods: A New Age and they infuse their vocal performances with a great sense of character that pulls audiences deeper into the narrative.

Adding more conflict to the narrative is the continuing romance of the Crood’s daughter Eep (Emma Stone) who is now head over heels in love with Guy (Ryan Reynolds), and it’s in this modern setting where things get interesting for these characters. While Guy adapts ‘a little too well’ to his new environment, Eep is a wild child at heart and their romance is tested to the utmost with some hilarious results along the way. Stone once again has a blast in the role of Eep and her chemistry with Reynolds’ Guy is fun to watch. And then there’s her new BFF Dawn (Kelly Marie Tran) whom she introduces to the wild side of life and these two make the most of a pre-historic landscape just waiting to be torn up with uncontrollable adventures.

As a cinematic experience, The Croods: A New Age also mark s a great return to cinema for family-friendly animated movies, and it’s the type of film we could all use after this year. With a tightly paced narrative, great character interactions, whimsical comedy, gorgeously rendered visuals and a thumping score and soundtrack, The Croods: A New Age offers up a great time out at the movies that every member of the family will enjoy. Films that are just straight out fun like The Croods: A New Age have been few and far between this year because of the ongoing pandemic, so to have a movie that’s this fun, and enjoyable, and more so in cinemas, is a reason to celebrate.

The holiday season is fast approaching and there’s no better movie to enjoy over it than The Croods: A New Age. It’s perfect family fun out at the movies in every single way, and the whole family will be smiling with this one. 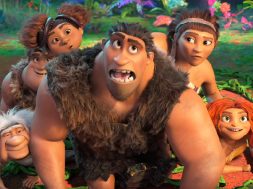 A new adventure awaits in ‘The Croods: A New Age’

Step into the world of ‘The Croods: A New Age’ 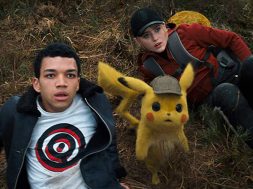 Get ready for the slam with ‘Space Jam: A New Legacy’