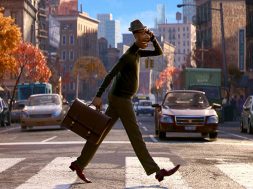 Nicolas Cage brings out the crazy in 'Willy's Wonderland'

The tension boils upwards in 'The Nest' 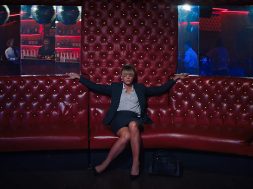 When the geniuses at Disney-Pixar have a new film for us to indulge in it’s always a delight, and with Soul, director Pete Docter and his team offer something entirely new, magical and unlike anything we’ve seen from Pixar before.

Joe Gardner (Jamie Foxx), a middle school music teacher, has long dreamed of performing jazz music onstage, and finally gets a chance after impressing other jazz musicians during an opening act at the Half Note Club. However, an untimely accident causes Gardner’s soul to be separated from his body and begin to proceed to The Great Beyond, and Gardner escapes to The Great Before, a world where souls develop personalities, quirks, and traits before being sent off to Earth. There, Gardner must work with souls in training at The Great Before, such as 22, a soul with a dim view on the concept of life, in order to return to Earth before his body dies and also avoid a soul-counter named Terry, who goes to earth to find Joe and bring him back to the afterlife to meet her quota.

In their history, Pixar have brought to life many powerful ideas to the big screen. From the power of family to the importance of friendship, to the call for adventure and the necessity to love. But in Soul, director Pete Docter and his creative team focus in on the very nature of existence of itself. Using animation to look in on and decipher what the possibilities of life actually hold is something very unique in the studio’s history and is an important discussion point, especially in keeping with what we have all been through in 2020. Life, death, re-birth and purpose all find their way into this broad story and are presented with a deep level of sincerity that makes the messages of this film that much more powerful.

On the creative level, Soul is a film that once again stretches its artist’s resources and leads them to craft some breathtaking visuals. Courtesy of the film’s three unique settings: modern-day New York City, The Great Beyond and The Great Before, we are treated to some gorgeous images. Each location gets its own look. With New York having a pallette of warm earth tones that captures its energy and bristling lifefoce, and which gives the city a unique modernist look. This is juxtaposed with a staccato style of clean lines and bold shapes, and a palette of pastel and aqua colours, that make up The Great Beyond and The Great Before. Every visual element throughout Soul is highly thought-out and in service of the film’s narrative and the story Docter is telling.

Assisting the visuals is an amazing jazz score, which gives Soul its energy and heart. Soul jives thanks to bandleader and composer Jon Batiste, who incorporates a classic jazz style that one associates with Herbie Hancock, and which gives the film’s New York setting its energy and groove. This organic jazz soundtrack is then mixed together with an ethereal-synth style sound of famed artist’s Trent Reznor and Atticus Ross and mixed together, these sounds clarify the narrative and help establish the world’s in which Soul takes place in.

Taking on the role of Soul’s lead character in jazz musician Joe Gardener is Academy Award winner Jamie Foxx. And it’s evident from the enthusiasm that he delivers in the part that both this character and narrative meant a lot to him. Initially introduced to us as a part-time music teacher and enthusiastic Jazz musician, Joe is a man with many unfulfilled dreams who finds himself on a trip to the afterlife and is suddenly ready to do anything to accomplish his dream one last time. But along the way, new ideas and discoveries concerning the very existence of life call out to Joe, and his voyage to understand what the calling of his life is takes an unexpected, but ultimately heartwarming turn.

Pixar has a history of matching opposites in their movies, and they don’t get more opposite than Joe and his new friend from The Great Before, 22, who is played by the delightful Tina Fey. As 22, Fey is sharp, bombastic and completely uninterested with what the possibilities of Earth hold for her, and this makes her interaction with Joe all the more hilarious. Both Fey and Foxx play-off of each other in the most perfect manner and their polar opposite ambitions, Joe’s desperate desire to return to Earth, and 22’s unwillingness to leave The Great Before, makes the comedy and narrative of Soul all that more enjoyable. While not giving too much away, 22 is a very complex character and her persona fits inside the narrative of Soul in a very interesting way that is sure to challenge audience expectations and this keeps you from guessing as to where the narrative of Soul is ultimately going to go.

For those who are looking for some depth in their animation, Soul absolutely delivers it with the quality, creativity and heart that we’ve come to expect from Disney-Pixar. It’s a beautiful film with a lot of meaning behind it, and audiences, both young and old, will deeply appreciate its narrative and the journey of purpose that its characters take. 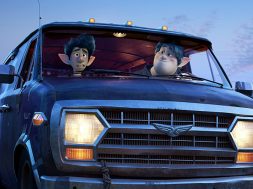 Zack Snyder presents a new look at “Army of the Dead’

Take a new look at Tom Holland in ‘Cherry’