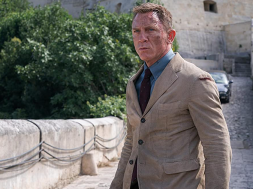 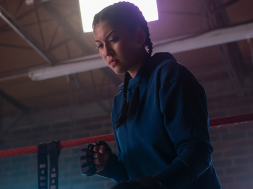 Academy Award winner and master storyteller Guillermo del Toro is set to return to the cinema with a bold and intense new psychological noir thriller in Nightmare Alley, and it’s a world and genre that we’ve never seen the director play in before and audiences will be very excited to see what he does in it.

In a special presentation from Vanity Fair, we now have our first look at this edgy new production which stars Bradley Cooper, Cate Blanchett, Willen Dafoe, Toni Colette, David Strathairn, Rooney Mara and Ron Perlman, and it’s got the trappings of an incredibly interesting and intense watch.

Nightmare Alley which is based on the 1946 novel by William Lindsay Gresham, and which was filmed in 1947 starring Tyrone Power, is new territory for del Toro, but the director wanted to go back to the source for this project.

“From the beginning, our interest was to go for the novel, but it’s almost impossible to adapt because it has a very kaleidoscopic, very peculiar voice. You would need a six-hour miniseries and shifting points of view, and this and that. We started from the novel, and didn’t want to do a remake as much as a new adaptation.”

The director also confirmed that the project was first brought to his attention back in 1992 by his friend and frequent collaborator Ron Perlman who suggested they work on it together. Always wanting to do a film noir, del Toro found the right subject matter with Nightmare Alley, although the director is very upfront in that he wants to bring something different to the genre.

“Curiously enough, in approaching Nightmare Alley, I said I’m not going to do any of the clichés associated with the genre. I’m not going to do an artifact. I’m not going to do the Venetian blinds, and voiceover, and detectives walking with fedoras in wet streets. I wanted to do the universe of the novel, which is a little gritty, but also strangely magical. It has a very strange, mystical allure— and mythical. I was very attracted to that possibility.”, said del Toro.

del Toro is also looking to invert the expectations of audiences with Nightmare Alley and the genre of film noir and this is clearly seen through Bradley Cooper’s performance as the lead character and ambitious carny Stanton Carlisle. Where normally audiences are used to an alluring and seductive female presence, in Nightmare Alley del Toro is looking to switch that up instead

“Thematically, I’m very interested in exploring the genre from a different point of view,” the director says with a chuckle. “Instead of a femme fatale, I have three very strong female figures and an homme fatale.”

Nightmare Alley is shaping up to be one of 2021’s most intriguing pictures and audiences and film fans will be ready to step into its dark corners when it arrives in cinemas in January 2022.